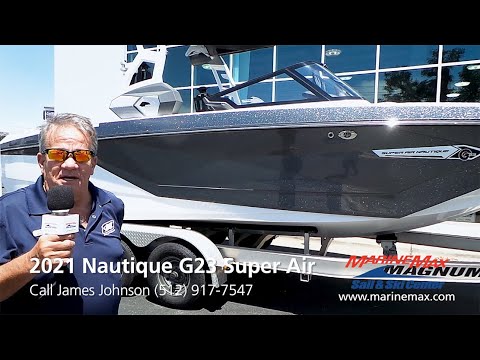 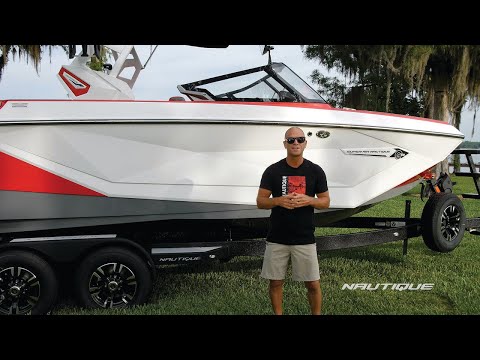 Delivering on the performance reputation that the G23 was built on, the all-new G23 hangs its hat on being the best wakeboard and wakesurf boat on the market. The exterior of the re-designed G23 takes on a breathtaking new form. With faceted hull sides, modern aesthetics and a striking appearance, the G23 leaves a mark with all those that witness it. Immerse yourself in the luxury that’s found at every turn inside the all-new G23. An extremely well-thought out helm design gives the driver the ultimate control of the day with everything they need easily within reach. Building upon the dynasty that Nautique created almost a decade ago when the G23 was first introduced, the all-new G23 is set to reinforce its reign as the best wakesurf and wakeboard boat ever created. Nautique's engineers have taken developmental leaps with the wake and wave shaping capabilities in order to produce this marvel of design and performance. With breathtaking looks and refined amenities, this next-generation G23 looks stunning on the water while delivering the best wakesurf wave and wakeboard wakes the world has ever seen. The reinvented G23 is ready to alter the course of wake boats once again. A surf wave that can be shaped and scaled based on the preferences of the surfer, the G23 has the ability to provide the perfect endless wave for whatever you desire. Built on the framework and knowledge of award-winning predecessor, the wakeboard wakes on this all-new iteration deliver world-class performance that is unmatched.

To save this boat or event and keep it easy to find, you'll need a My MarineMax account. Sign In or Register to get started.